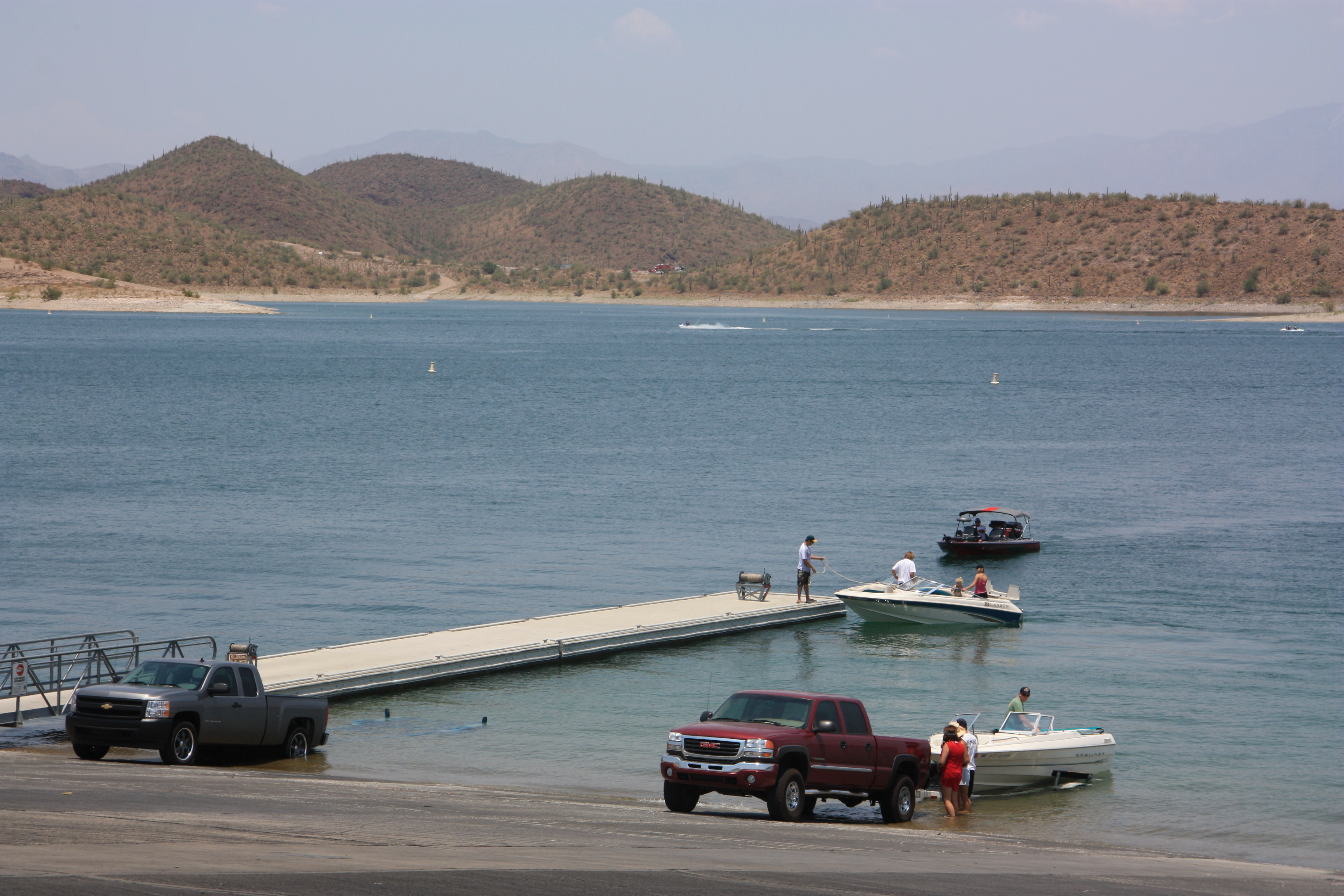 We continue to help prevent the spread of aquatic invasive species (AIS), and it seems the ramifications are being felt throughout some Western U.S. states.

During the 2018-19 fiscal year, we decontaminated  a record 237 boats — up from 159 the previous fiscal year. This increase in decontaminations also has helped some Western states, namely Idaho and Utah, curtail accumulations of AIS. Decontamination (or decons) consists of a specialized hot water wash to kill and remove aquatic invasive species.

Even more, we recently introduced a new convenience: Those who need to “clean, drain and dry” their watercraft — a free service — can now schedule an appointment the easy way — online.

“During the past year, the state of Utah has received many more advanced notices of boats traveling to Utah from infested waters within Arizona compared to previous years,” said Nathan Owens, Aquatic Invasive Species Coordinator with the Utah Division of Wildlife Resources.

“In addition, these notices have indicated that more inspection and decontamination work had been performed on these boats prior to transport, mitigating much of the risk posed by these watercraft. We understand the challenges involved in implementing inspection and decontamination programs to contain invasive mussels, and have been pleased to see the progress made by Arizona Game and Fish.”

“Idaho’s Invasive Species Program has experienced an increase in watercraft inspection and decontamination by the State of Arizona’s containment program along the Lower Colorado River watershed,” he said. “This is a great benefit for Columbia River Basin states, including Idaho. The combined work of agencies across the West is reducing the risk of spread and prevention is a cooperative effort by local, state, and federal entities.”

Boat decontamination stations: A testimony to be Herd

Elmer Herd, who in March was bound from Lake Havasu City, Ariz. to Oregon, was so impressed by the thoroughness of a decon of his inboard jet boat, he wrote a letter to Arizona Game and Fish expressing his compliments for AZGFD’s invasive species prevention efforts. Herd said his boat, by nature riddled with deep nooks and crannies,  was infested with quagga mussels, seaweed, and algae.

Herd said the boat was “sparkling.”

“Whatever he was doing, it impressed the heck out of me,” said Herd, whose boat had been moored in Lake Havasu for 5 months. “It was the thoroughness of it, the determination to make sure it was right.”

About aquatic invasive species in Arizona

If you are leaving an aquatic invasive species affected water and your boat has been on the water for 6 or more days, has any suspected invasive species, or cannot be fully drained prior to launching on another waterbody, AZGFD will provide a free inspection and decontamination. This ensures boaters have an easier time traveling through different jurisdictions and keeps Arizona waters free from new infestations.